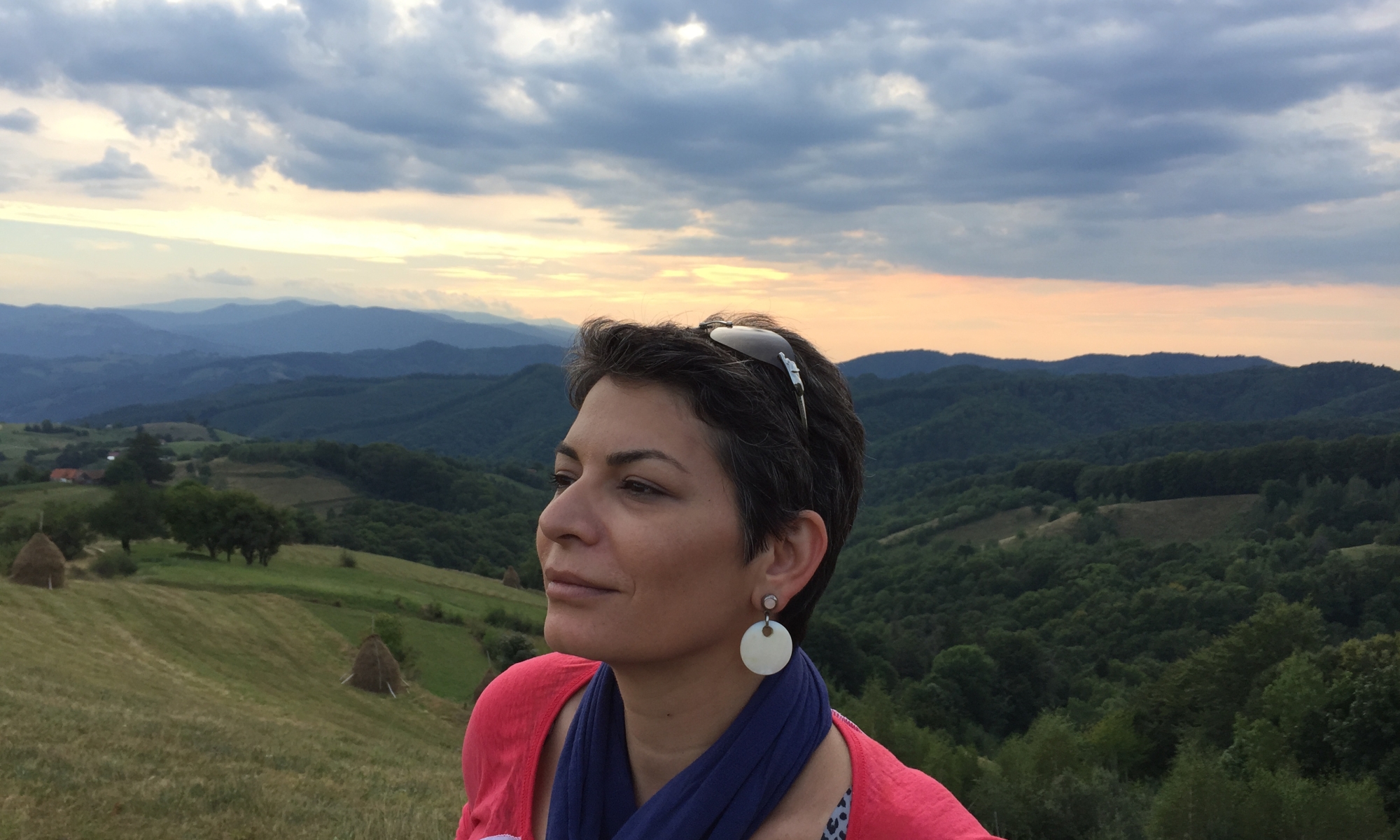 Today, searching for ancestors is big business in the tourism industry. A twenty-five-year search for her mysterious grandfather led writer-director Mouna Mounayer to the heart of Romania. Surrounded by the majestic circle of the Carpathian Mountains, Targu Mures held the first real clues to his origins. Raluca Spiac, CEO of Beyond Dracula, organised and accompanied Mouna and her family on their journey to find the elusive man whose blood ran through their veins.

‘You have a Matrimonial,’ said the gangly bellboy with a flourish. In all the years of my travels, I’d never heard that expression used to describe a room with a double bed. My mother, sister and I had checked into the Haller Castle Hotel in Ogra, on the final leg of our journey to Targu Mures, where, according to Claudiu, the historian-guide Raluca (CEO of the Beyond Dracula bespoke travel agency) had hired, we would find some concrete information or at least a clue in the search for a grandfather whose existence had only come to light in 1990.

Shades of Jonathan Harker’s sojourn in Castle Dracula played through my mind as I followed the bellboy down the dark corridors of the seventeenth century baroque-style castle towards my Matrimonial room. He opened the creaking bedroom door with an enormous antique-looking metal key, which looked as if it could be used as a lethal weapon. The room, decorated in elaborately carved, chocolate brown furniture, was the size of a small apartment with a bed so vast six couples could have slept in it without bumping into each other. Romanians obviously take their matrimonial beds very seriously. I turned the lights off and reclined in the middle of the bed. Long shadows, cast by the full moon outside my window, stretched ominous fingers across the nooks and crannies of the vaulted ceiling. I tossed and turned, like a princess poked by a pea. What would I discover about George in Targu Mures? Would I find his descendants still living here and would they perhaps have a photograph of him? I so wanted to look upon the face of this ghost who’d haunted me across two centuries. And what do I say if asked to show documentary proof that he and I are related? I had no proof except for my grandmother’s word. After two and a half decades, would the quest for my grandfather end in the next twenty-four hours?

The following morning, the sun shone in a soft, grey-blue sky as our three-car convoy crossed the Mures River. Targu Mures, located in the geographic centre of Transylvania, is a pastel-coloured Belle Époque market town with a busy central boulevard. I wondered why my grandfather, an Austrian, was born here? What were his parents doing in this backwater of the Austro-Hungarian Empire? But I was jumping the gun. First, I had to find proof he was actually born here, and I hoped the rest would come later. Earlier that morning, it had been agreed that Claudiu and I would go to the government records office while the rest of the family, Raluca and our guide Greg, would visit various sites in the town. We would all meet up in an hour at the synagogue, in case George turned out to be Jewish, and they, too, had a record of his birth.

I am convinced that the architects who design government buildings have all studied at the same school of architecture. Wherever you are in the world, government offices are sure to depress you. Grey pervades the eye and the faint metallic stink of disinfectant assaults the nose as you wait and wait and wait for someone to help you. Tired of waiting, Claudiu and I sauntered past the queues and marched confidently to the department of the woman who had promised to help us. With jangling nerves and heart in mouth, I knocked on her door, and, without waiting, stepped in, chocolate box and flowers at the ready.

Claudiu and I entered an unprepossessing windowless room, cramped by too many desks covered in thirty-year-old computers and stacks of files. An exchange in Romanian ascertained our lady wasn’t there. Her colleagues said she was in a meeting down the road. We could catch her if we hurried. So we rushed out and up into yet another grey building. We just missed her. ‘She’s gone back to her office,’ said a man coming out of a conference room. Again we hurried back out and ran down the boulevard, past my ambling family and back to the original building. We missed her again. This time she’d gone to a meeting at the Palace of Culture. Down the stairs we stumbled, running all the way to the home of the Targu Mures Philharmonic Orchestra.

By the time we entered the splendid Art Nouveau edifice designed in a Secession style, I was winded and feeling a little desperate, torn between gaping at the magnificent golden glow of the domed ceilings in the Great Hall and worrying that my chocolate present had melted, because my bouquet certainly looked as if I’d bought the flowers a week ago instead of that morning. As Claudiu ran around the building looking for our target, I heard heavenly voices. Following the sound, I snuck into the empty concert hall and sat in the gods to watch the Philharmonic Orchestra and Choir rehearse. Charmed by this impromptu recital, I didn’t hear my mobile ring. For ten minutes I forgot my quest, swept away by the hauntingly melodic voices of the choir. Claudiu eventually tracked me down and off we went back to the lady’s office. She was at her desk. Finally!

I sat in a corner by a rusty filing cabinet under the curious gaze of her colleagues, trying to look nonchalant while Claudiu and the woman argued in whispers. She was shaking her head. Heart sinking, I got up and put the wilted flowers and sweaty chocolate box on her desk and smiled pleadingly. The woman’s eyes darted past me to her colleagues. Then she sat down and typed on her ancient computer.

As Claudiu and I ambled in dejected silence to the synagogue where my family had been waiting for almost three hours, I wondered why I could not catch a break in my search for George? Was the universe trying to tell me to leave well enough alone? I shuffled into the nineteenth-century temple with a cursory glance at the stained-glass rosettes decorating the front of the edifice.

My sister, mother and Raluca ran towards me.

Join me next time for part three of the search for George on The Road To Targu Mures.

I wrote this article for the Beyond Dracula blog.
Link to part one of the Road to Targu Mures here and part three here.

2 Replies to “THE ROAD TO TARGU MURES”